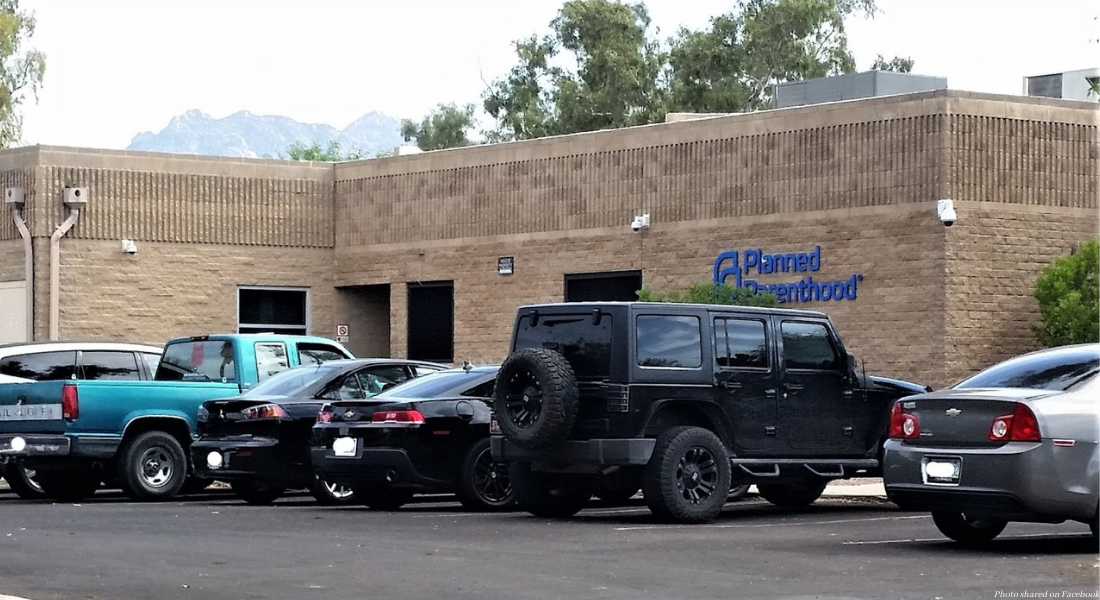 This facility committed surgical abortion up to 16 weeks (four months) of pregnancy, and also dispenses the abortion pill. Planned Parenthood spent at least $500,000 renovating the facility with new security features about three years ago, said pro-life activist Bob Pawson — which means it may not stay closed for long. Operation Rescue reported that the facility appears to be planning to reopen in August, yet the online appointment booking feature on the website is disabled.

According to Planned Parenthood’s website, abortion facility escorts are “an extremely important volunteer position here at Planned Parenthood.” One pro-abortion volunteer referred to escorts as “the first point of compassion that we can demonstrate to people coming for health services,” and described escorting as her chosen form of “community service.” Unfortunately, in my experience, the clinic entry door is where their “support” for women ends.

For over a year and a half, I’ve been praying on the sidewalk outside of an Illinois Planned Parenthood on Thursdays, the facility’s surgical abortion day. For the majority of that time, I’ve gone to pray in the morning, when the abortion escorts are out in full force at the facility entrance and also by the road.

(CFAM) — Pro-abortion organizations that strongly supported Joe Biden in the recent U.S. presidential election are hoping that after being inaugurated in January, he will immediately move to dismantle the pro-life policies enacted by President Donald Trump.  Even before Biden became his party’s nominee, they had assembled their wish list.

Last year as a Democratic presidential nominee was emerging, a coalition of over 90 “reproductive rights” groups including Planned Parenthood published a detailed blueprint to advance their agenda both nationally and internationally.  In August of this year, they released a list of “first priorities” for the next administration, beginning with an executive order declaring explicitly the president’s commitment to expand access to abortion in the U.S.

More new accusations of racism from Planned Parenthood’s employees surfaced last week in Pennsylvania as the abortion chain grapples with its eugenic roots. And they have caused an abortion business director to resign.

Planned Parenthood is the largest abortion chain in the U.S., and pro-lifers have accused it of racially targeting mothers and unborn babies for decades, starting with its eugenicist founder Margaret Sanger.

Over the past several months, hundreds of Planned Parenthood employees have been accusing the abortion chain of racism – though many fail to recognize that the discrimination hurts unborn babies as well as born patients and staff.

Margaret Sanger and Marie Stopes shared an aversion to “racial darkness” — an aversion that led them to promote contraception and eugenics. 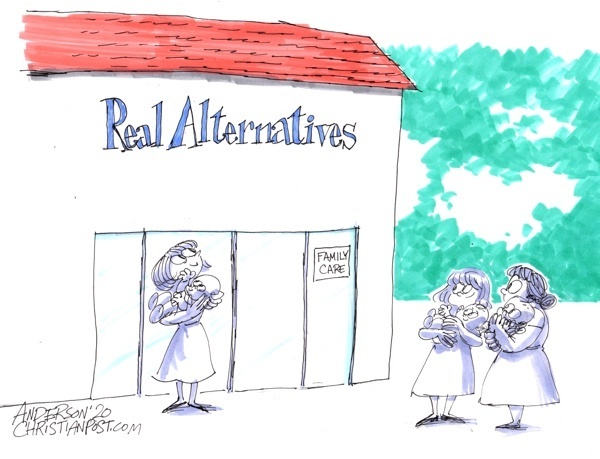 A real alternative to Planned Parenthood!

on November 14, 2020 by Administrator
The nonprofit behind an Indiana Department of Health Services program for parents and expectant mothers is celebrating six years serving Hoosiers and an 8% decrease in the state abortion rate during that period.

This article was originally published in The Christian Post | RSS. Click here to read the Original Article

While the U.S. has been roiling over a bitter presidential battle between incumbent Donald Trump and Democrat Joe Biden, lawmakers in Guatemala reversed a previous decision to allow Planned Parenthood—the nation’s largest abortion business—to operate in the Central American country.

Guatemalan President Alejandro Giammattei, a doctor and retired surgeon, announced the decision this week, according to the Catholic News Agency, explaining he is opposed to the organization’s stance on abortion.

“I recognize life from its conception, and therefore, in my government, I will not tolerate any movement that violates what is provided in our political Constitution of the Republic, that goes against the values with which I was raised and that conflicts with my principles as [a] doctor,” Giammattei said in a statement last week. 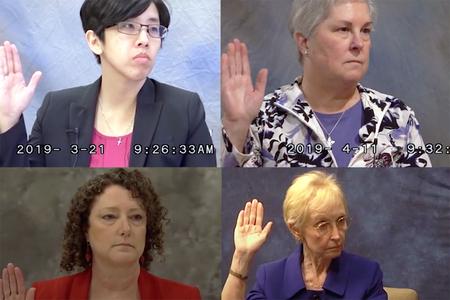 Planned Parenthood of Arizona has dropped its lawsuit against Arizona attorney general Mark Brnovich, which sought to have several state regulations on abortion overturned. The suit challenged laws which mandated only physicians commit abortions, banned abortion pills dispensed via telemedicine, and required women to have an ultrasound at least 24 hours before an abortion. Despite dropping the suit, the abortion business is still pressing judges to overturn the laws.

In addition, the organization announced on October 24 the resignation of Bryan Howard, the CEO of Planned Parenthood of Arizona. Howard spent 36 years working for the abortion chain, 23 of which were with PP Arizona.

Planned Parenthood abortionist: ‘Abortion is moral. Every reason for one is valid.’

The abortion industry often recycles several claims — one: abortion is health care, and two: late-term abortions rarely, if ever, happen. Both claims are false, and abortion advocates will only admit to that if absolutely forced to. An exchange between Rep. Thomas Massie (R-Ky.) and Planned Parenthood abortionist Colleen McNicholas in November of 2019 showed just how out of touch the abortion industry is with the general public, and how reticent they are to admit the truth of what they’re doing.

McNicholas, the chief medical officer for Planned Parenthood of the St. Louis Region and Southwest Missouri (PPSLR), was called last year to testify before the U.S.

… Read More “Planned Parenthood abortionist: ‘Abortion is moral. Every reason for one is valid.’”

Another woman has been injured at Planned Parenthood’s Manhattan Health Center, formerly known as the Margaret Sanger Health Center, and was taken away in an ambulance on October 13, 2020.

According to Operation Rescue, pro-lifers praying outside the abortion business watched as the ambulance arrived. Emergency medical personnel went inside the facility for approximately 15 minutes, and then left with the woman in the ambulance. They were followed behind by a man who had accompanied her to the facility.

This is believed to be the 36th woman injured at this particular Planned Parenthood facility, and the third emergency so far this year, with the COVID-19 pandemic believed to have greatly reduced the number of emergencies for 2020.

Abortion Clinic Manager Admits: “What We Do Here is End a Life”

Former abortion worker Jewels Green said she had nightmares from seeing the bodies of aborted babies on a daily basis. She took those concerns to the clinic manager:

“I was 20 years old when I told the clinic director, “I’m having nightmares. Does anyone else have nightmares when working autoclave?”

She replied, “What we do here is end a life. And if you’re not okay with that, you can’t work here.”

My schedule was changed for the next few weeks to give me a rest from the autoclave room… The next time I met with the clinic director, I assured her that I was on board with the work we did, and with our mission and dedication to preserving women’s reproductive rights…

I told myself that abortion was alright for other women, even though it had been dead wrong for me.

… Read More “Abortion Clinic Manager Admits: “What We Do Here is End a Life””

With a likely strong conservative majority on the U.S. Supreme Court and states passing a record number of pro-life laws, dropping abortion rates and expanding pregnancy/parenting resources, it’s clear that the abortion industry is panicking.

Planned Parenthood, a billion-dollar abortion chain that aborts more than 345,000 unborn babies every year, plans to spend at least $45 million to support Biden and other pro-abortion candidates this fall.

(LifeSiteNews) Led by Congressman Roger Marshall, M.D., 49 members of Congress have sent a letter to U.S. attorney general William Barr calling for an investigation of abortionists who violated the Partial Birth Abortion Ban passed in 2003. This information has been corroborated in testimonial videos published by the Center for Medical Progress.

Marshall, who represents the 1st District of Kansas, stated that “as a pro-life American and OB/GYN who worked for over 25 years to save the lives of both mothers and babies, it is beyond sickening to see and hear confessions of such heinous acts being committed in our country.”

(STOPP.org) Racist Planned Parenthood has always had a three-step business plan. The first step uses classroom sexual “education” programs (currently called Comprehensive Sexuality Education) to groom our children to participate in a sexual lifestyle. That is followed by selling our children (either directly or through a government- or corporate-funded program) birth control products at a huge profit. The third step is to take care of “contraceptive failures” by selling abortions.

Planned Parenthood was a pioneer in bringing sex education to the United States. Its racist founder, Margaret Sanger, is credited with writing the first sex education book in the country— What Every Boy and Girl Should Know.

For decades, pro-life activists pointed out Sanger’s racism, but in the wake of the Black Lives Matter movement, Planned Parenthood said it is addressing the problem. The national organization has defended Sanger in the past, claiming she was well-intentioned in her outreach to Black communities.

Sanger launched the Negro Project, in 1939, which was aimed at “helping Negroes to control their birthrate,” while advocating for a federal “population bureau” to police reproduction. She worked with Black leaders like W.E.B DuBois and Mary McLeod Bethune, but also addressed the women’s auxiliary of the Ku Klux Klan in 1926. Planned Parenthood stated it strongly disagrees with Sanger’s decision to speak to an organization that spreads hatred.… Read More “Planned Parenthood’s New York chapter Disavows Founder Margaret Sanger Over Racist Eugenics”