The Next Four Years: Religious liberty

For the Oct. 30 – Nov. 7 special election issue of Angelus, we asked a handful of Catholic thinkers to offer their thoughts on the issues that American Catholics should care about for the next four years, independent of the candidates or political party that govern after the Nov. 3 elections.

Each day starting Oct. 27, one of the seven essays from our guest contributors will be published on AngelusNews.com.

In his new encyclical letter, “Fratelli Tutti,” Pope Francis calls people of all faiths and goodwill to see every human person as worthy of dignity, as beings with their eyes fixed on the transcendent, recognizing the magnitude of the gift we have been given in one another, manifested in a desire to become ever more fully themselves in the image of God.

The freedom to order our lives according to our religious convictions is a fundamental right that we have because of our human dignity. It is a freedom worth protecting.

The Holy Father opens the encyclical with a simple but important statement for us to consider as we contemplate what role we as Catholics have in securing this freedom for all Americans: “It is not possible to settle for what was achieved in the past and complacently enjoy it.” 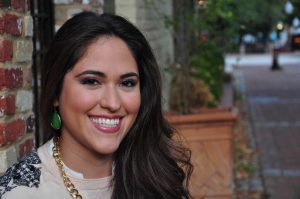 As Americans, we have at times rested on the laurels of those who have come before us. This includes the people who established and protected our religious freedom.

Although most Americans (71% in 2019 and counting) believe that the freedom to share beliefs with others and to have open conversations about religion in public should be protected, we are seeing sweeping violations of religious freedom in our country.

In the last 10 months, the organization I work for, the Becket Fund for Religious Liberty, has consistently defended the religious freedom of Americans from diverse backgrounds.

This includes: the rights of Sikhs and Muslims to have unshorn hair or beards and serve their country; of religious schools and seminaries to choose who will teach the Faith to the next generation free from the meddling hand of government; of religious hospitals not to have to pay for and participate in doctor-assisted suicide, abortion, or gender transition surgeries and therapies for children; of religious foster parents to serve children in their community, of the Jewish community in New York to keep an all-girls school open after proving they can safely operate during the pandemic; and the rights of the Little Sisters of the Poor to care for the elderly poor and dying free from the threat of a government mandate.

Religious freedom is what I like to call “the great litmus test.” If it is being restricted or violated, then our other freedoms will be soon to follow.

Though our work at the Becket Fund is plentiful, I’m not pessimistic or alarmist. That is because religious freedom has been winning in the courts. For the past 15 years, these cases have been winning often by a supermajority vote, not a divided one.

Most recently, judges at all levels of our federal courts system have protected parental choice, the right of religious schools to choose who teaches the faith to students, and the freedom to partner with the government to feed the homeless, shelter the orphaned, care for the elderly poor and dying.

I also believe that common sense and a return to the American principles of pluralism and diversity is possible. The time of the coronavirus (COVID-19) pandemic is a telling example of how appealing to these fundamental principles is essential during a national crisis.

The pandemic forced the global community to face the exact same problem and enemy. In many ways it brought us together. But it should concern us that we have allowed what were supposed to be temporary emergency restrictions to continue, especially insofar as they infringe on other goods.

For example, the governor of New York is singling out the Jewish community, using the age-old tactic of scapegoating against a minority religion. In San Francisco, it took a letter from the Department of Justice to bring equality to the level of restrictions that were being imposed on houses of worship.

It is in times of crisis that the government expands to mandate certain types of behavior to keep us safe. But in these moments, our Constitution is key. This is what our founding documents were made for. They were created under similar debates about the proper role of government, and are meant to guard our individual and community rights.

Promoting religious diversity and protecting religiosity in general is a shining feature and not a bug in the way laws in our American society are structured.

Religious freedom is not a political tool or tactic, but a natural expression of our membership in the human family and a net positive in closing the gaps the government cannot fill. Canceling those religious beliefs is not just un-American, it’s unconstitutional.

We have recently struggled as a country to reject “freedom of worship” as a substitute for religious freedom, and to restore freedom of religion as a human right, one that encompasses our ability to live a full citizenship that allows us to bring our religion with us when we step on to a university campus, walk into a government building, or make a profit.

All of these issues involve our government, which consists of elected officials, appointed bureaucrats, legislatures, executives, and judges. And informed citizens will surely bring their views on all sides of these issues to the ballot box.

But in addition to voting, the next four years are also about asking the right questions: of our government leaders, our cultural institutions, and of ourselves.

Will we be allowed to close the gap, to reach within our own communities inspired by our religious beliefs, and use our religious freedom to “contribute to the betterment of society?” Will we be able to act on our beliefs, as Pope Francis says, in an “effort to assist another person,” which is “a duty?”

The Holy Father exhorts us to remember our past, and the foundational teachings of religious freedom as the door to human flourishing, as the common agreement to allow religious conversations between human beings to take place.

Embracing a culture of encounter and openness to different beliefs should be at the forefront of our efforts to protect religious freedom in the years ahead.

This article was originally published in News – Angelus News. Click here to read the Original Article