Doctors Pressured Mom 15 Times to Abort Because Her Baby Has Down Syndrome, She Refused

When Emma Mellor learned that her unborn daughter, Jaimie, might have Down syndrome, she refused to consider an abortion.

But her doctors did not take “no” for an answer. They kept asking and asking.

In an interview with the BBC, the British mother said she was pressured to abort Jaimie 15 times – including right up to birth — just because she had a disability.

“I was told that until my baby had started traveling down the birth canal, I could still terminate,” she told the news outlet.

Now, Mellor and other families are urging society to protect children, born and unborn, who have Down syndrome and provide better information and support to their families.

Follow LifeNews on the Parler social media network for the latest pro-life news!

About six years ago, Mellor said she was 20-weeks pregnant when an ultrasound scan detected water on Jaimie’s brain.

Even though Jaimie had not been diagnosed with Down syndrome yet, her mother said doctors began pressuring her to have an abortion. Mellor’s doctors even tried to influence her by pointing to her young son, Logan, who, at the time, needed surgery to repair a hole in his heart, the BBC reports.

“From that moment on, they recommended we should terminate and told us to think about the effect on our son and his quality of life,” she said. “In all honesty we were offered 15 terminations, even though we made it really clear that it wasn’t an option for us, but they really seemed to push and really seemed to want us to terminate.”

Mellor said she and her husband knew an abortion would involve injecting poison into their daughter’s heart to kill her, and they could not even think of doing that to her.

Twelve weeks after the scan, Mellor said her daughter tested positive for Down syndrome, and again her doctors told her to consider an abortion. She was 32 weeks pregnant at the time, according to the report. In England, where the family lives, abortions are legal up to birth if the unborn baby has a disability.

“At 38 weeks, the doctors made it really, really, really clear that if I changed my mind on the morning of the induction to let them know, because it wasn’t too late,” she said.

For the 15th and final time, Mellor refused and gave birth to her daughter.

Today, Jaimie is 5 years old and attends school, according to the report. Her parents said she loves to dance, and she and her brother are best friends.

“When we got the diagnosis, I did worry about her future. She will undoubtedly face some challenges as she gets older but she is continuously proving that she shouldn’t be underestimated,” her mother said.

In England, the number of late-term abortions on unborn babies with Down syndrome has doubled in the past 10 years, the pro-life organization SPUC reported in February.

British families and individuals with Down syndrome are challenging their country’s abortion law, which prohibits abortions after 24 weeks but allows exceptions up to birth for babies with Down syndrome and other disabilities. They filed a lawsuit arguing that the law is discriminatory against people with special needs.

In America, a number of states have passed laws to ban discrimination against unborn babies with Down syndrome and other disabilities. Many of the laws have been blocked in court because of legal challenges from the abortion industry.

Meanwhile, a recent study highlighted in Scientific American found evidence that families of children with Down syndrome often face negative, biased counseling and pressure to have abortions. 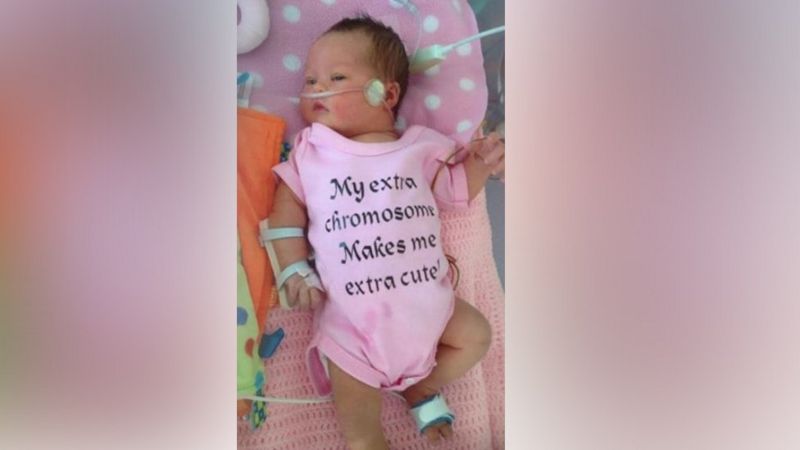