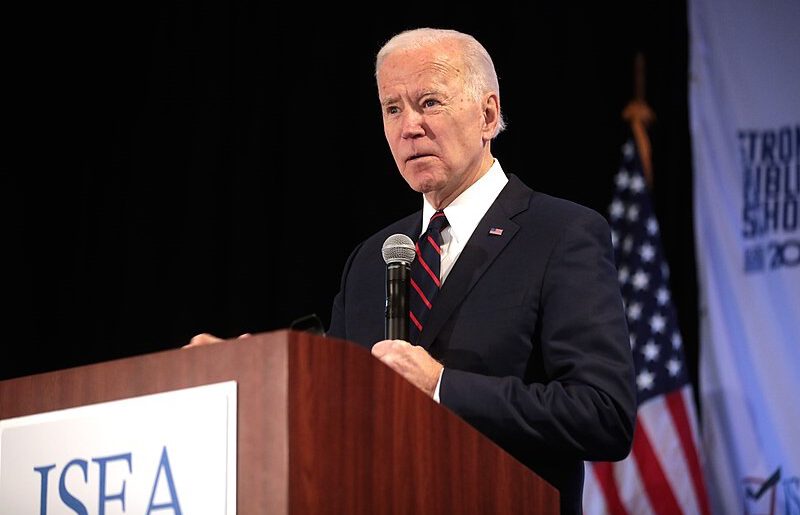 Democrat presidential candidate Joe Biden is trying to appeal to Catholic voters by touting himself as a devout Catholic who believes in loving “your neighbor as yourself” and protecting “the least of these.”

But his increasingly radical pro-abortion policies and his choice of Kamala Harris as his vice presidential running mate contradict the faith to which he professes. Now, political and religious leaders are urging voters to look past the empty political rhetoric and see the dangerous anti-life, anti-religious freedom policies that Biden and Harris support.

Terry Schilling, executive director at American Principles Project, described Biden and Harris as “the most anti-Catholic slate in recent American history” this week in a column at The Federalist.

Though Biden used to be more moderate, he now supports taxpayer-funded abortion on demand and wants to force a Catholic nuns charity to pay for contraception that may cause abortions in their employee health plans.

Harris is even more radically pro-abortion and anti-Catholic.

It’s no secret that Harris despises Americans who adhere closely to Catholic theology. Take, for example, her questioning of Brian Buescher following his nomination to serve as a District Court judge in 2018. Harris was shocked, shocked, to hear that Buescher was a member of the Knights of Columbus, a Catholic fraternal organization devoted to charitable works.

The grounds for her concern? The knights hold to Catholic teaching on abortion and same-sex marriage. Even being associated with an organization that expresses Catholic doctrine was enough, to Harris, to potentially disqualify him from public service.

He noted how Harris opposed the religious freedom efforts of the Little Sisters of the Poor, a Catholic nuns charity that serves the elderly poor. When the nuns won another victory for religious freedom at the U.S. Supreme Court this summer, Harris slammed the decision as a “dangerous” “setback.”

According to Schilling’s research, Harris also sponsored two bills, the Equality Act and the Do No Harm Act, that would severely undermine religious freedom for medical workers, hospitals, doctors offices and religious organizations.

“Catholic hospitals must bend the knee to Harris’s radical ideology or be shut down. Catholic doctors whose faith prohibits them from facilitating abortions, sterilizations, or sex changes must be forced to comply,” Schilling wrote.

Biden apparently supports this anti-religious freedom, anti-life agenda, too. According to the column, his campaign website includes the Equality Act as a top legislative priority for his first 100 days in office, if elected.

It is not surprising. Biden also supports the killing of unborn babies in abortions in direct opposition to his Catholic faith. And unlike past Democrats, he has not talked about wanting to reduce abortions or make them rare. In April, he went so far as to call the aborting of unborn babies an “essential medical service” during the coronavirus pandemic.

In March, he said one of his first acts as president would be to restore funding to Planned Parenthood, the largest abortion chain in America.

Biden also said he is committed to “the constitutional right to an abortion” and to reversing “the Trump administration and states’ all-out assault on women’s right to choose.” He promised to “work to codify Roe v. Wade.” The infamous U.S. Supreme Court decision made the United States one of only seven countries in the world that allows elective abortions after 20 weeks of pregnancy.

As Schilling noted, Catholic voters — and voters of all faiths — should be questioning if a Biden-Harris administration would allow them to freely practice what they believe, or if the Democratic presidential ticket would force Americans to adhere to their “progressive” political agenda.