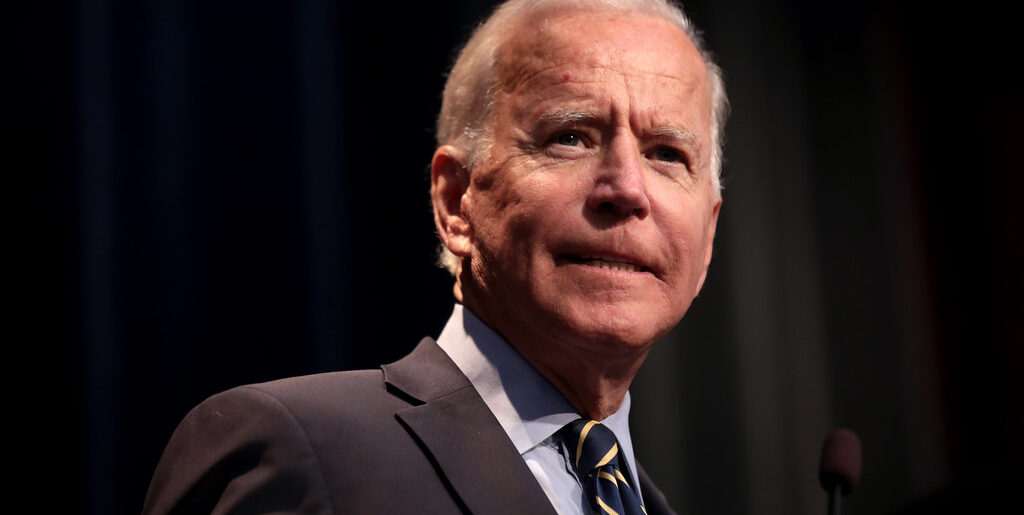 Joe Biden Says Nuns Inspired Presidential Bid, But He Wants to Force Them to Fund Abortions

Joe Biden praised a group of nuns for being his inspiration in a new campaign video Sunday after he promised to overturn a religious freedom rule that President Donald Trump enacted to protect nuns and other religious individuals.

Biden, the presumed Democratic presidential nominee, claims to be a devout Catholic and a “man of faith,” but he supports abortion on demand and wants to force taxpayers to pay for it. Recently, he vowed to end Trump’s religious freedom rule for nuns and others who oppose an Obamacare mandate that requires them to fund contraception that may cause abortions.

According to the Catholic News Agency, the Democratic National Convention portrayed Biden as a faithful Catholic in a short video Aug. 9 on its Twitter page.

“This is the kind of moral conviction we need in the president of the United States,” the DNC wrote when it introduced the video.

In the video, Biden, a Catholic, narrates how once, after having a brief meeting with Pope Francis at St. Peter’s Basilica, he departed the church and ran into a group of religious sisters.

These sisters, said Biden in a voiceover, “to me, epitomize everything Pope Francis talked about in his homily and what he stands for. About generosity to other people, about reaching out, about making it a point to understand that we are our brother’s keeper,” said Biden.

Biden said the idea that people have an obligation to look out for one another had been imprinted on him during his Catholic upbringing and “being educated by the nuns.”

“That’s what those lovely women I’m talking to symbolize to me,” said Biden.

But Biden would not fight for their rights or the practice of their faith free from government interference.

In July, after the U.S. Supreme Court ruled in favor of Trump’s religious freedom rule, Biden promised to end it. The rule protects the Little Sisters of the Poor, a charity run by Catholic nuns that serves the poor and elderly, and other faith-based organizations from being forced to fund all forms of contraception, including types that may cause abortions, in their employee health plans.

“As disappointing as the Supreme Court’s ruling is, there is a clear path to fixing it: electing a new president who will end Donald Trump’s ceaseless attempts to gut every aspect of the Affordable Care Act,” Biden responded. “If I am elected I will restore the Obama-Biden policy that existed before the Hobby Lobby ruling: providing an exemption for houses of worship and an accommodation for nonprofit organizations with religious missions.”

A 2014 Supreme Court ruling protected Hobby Lobby, which is owned by pro-life Protestant Christians who oppose funding only certain types of contraception that may cause abortions. The 2020 ruling expanded religious freedom by upholding a Trump policy providing broader exemptions to religious organizations, including the Little Sisters’ charity.

The Little Sisters of the Poor would not have qualified as a “nonprofit organization with a religious mission” under the Obama-era accommodations. The order serves and employs people of all or no faiths, in accordance with their vocation to serve the elderly poor.

The Little Sisters of the Poor have repeatedly stated that authorizing a “third-party administrator” to provide birth control to their employees is still a violation of their beliefs and is not an acceptable compromise.

Biden’s anti-life, anti-religious freedom views extend beyond the Little Sisters and Hobby Lobby. If elected, Biden said he would force all American taxpayers to fund elective abortions by ending the Hyde Amendment. Popular among Americans, the amendment has saved more than 2.4 million unborn babies from abortions, according to research by Charlotte Lozier Institute.

Biden supports the killing of unborn babies in abortions in direct opposition to his faith. And unlike past Democrats, Biden does not talk about wanting to reduce abortions or make them rare. In April, he went so far as to call the aborting of unborn babies an “essential medical service” during the coronavirus pandemic.

In March, he said one of his first acts as president would be to restore funding to Planned Parenthood, the largest abortion chain in America.

Biden also said he is committed to “the constitutional right to an abortion” and to reversing “the Trump administration and states’ all-out assault on women’s right to choose.” He promised to “work to codify Roe v. Wade.” The infamous U.S. Supreme Court decision made the United States one of only seven countries in the world that allows elective abortions after 20 weeks of pregnancy.