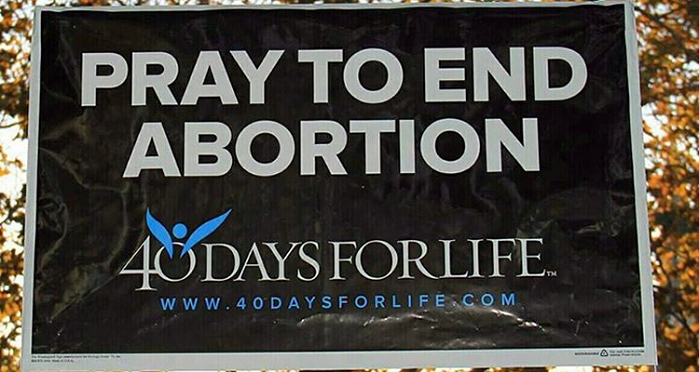 Catholic bishops in Colorado and Kansas are urging Christians to dedicate time each day in August to pray for an end to the slaughter of unborn babies in abortions.

According to the Church Militant, the call to action came from Archbishop Samuel Aquila of Denver and Bishop Carl Kemme of Wichita in the midst of a society troubled by abortion, anti-Catholic violence, the coronavirus, the upcoming presidential election and more.

On July 22, Kemme announced the prayer campaign in the midst of a wave of vandalism and other hate crimes at Catholic churches and monuments across the U.S., the report states.

“Violent riots resulting in the deaths of innocent victims and the destruction of public monuments and private property are also grave evils,” the bishop said.

Kemme encouraged people to pray daily for an end to the hate crimes and the pandemic, as well as “peace and justice for all, especially the unborn, the newborn, the elderly, the immigrant and refugee, the marginalized, victims of racism and discrimination, prisoners and the poor and powerless.”

Aquila also asked Christians to pray for an end to abortion and euthanasia, among other things, in an announcement last week, the report states.

Ending the destruction of human lives is a “preeminent priority” for Catholics. Late last year, the U.S. Conference of Catholic Bishops voted to emphasize the “threat of abortion” in their voting guide for Catholics in 2020.

“The threat of abortion remains our preeminent priority because it directly attacks life itself because it takes place within the sanctuary of the family and because of the number of lives destroyed,” the letter introducing the voter’s guide states.

“At the same time, we cannot dismiss or ignore other serious threats to human life and dignity such as racism, the environmental crisis, poverty and the death penalty,” the letter continues.

Nearly 1 million unborn babies are aborted every year in America, and the total since abortion was legalized nation-wide in 1973 is close to 62 million. Yet, because of Roe v. Wade, states are prohibited from protecting unborn babies’ lives prior to viability. Many states do protect late-term unborn babies from abortion, but some do not even do that.

The Catholic Church teaches that every human life is valuable because it is created in the image of God, and abortion, assisted suicide, euthanasia and other life-destroying practices are evil.